Coriander (Coriandrum sativum) is an aromatic Mediterranean plant, which comes from the  Apiaceae family which contains 3,700 species, including parsley, carrots, and celery. All parts of the Coriandrum sativum plant are edible, its seeds and leaves taste different. While coriander seeds have an earthy flavor, the leaves are pungent and citrus-like, some people find that they taste like soap.

For those cilantro-haters for whom the plant tastes like soap, the issue is genetic. These people have a variation in a group of olfactory-receptor genes that allows them to strongly perceive the soapy-flavored aldehydes in cilantro leaves. This genetic quirk is usually only found in a small percent of the population, though it varies geographically (To those of you who were cursed with the DNA-coded dislike for cilantro, don’t worry, most of cilantro’s health benefits can be found in other herbs as well.)

The word coriander can be used to describe the entire plant: leaves, stems, seeds, and all. But when speaking of coriander, most people are referring to the spice produced from the seeds of the plant. The leaves of the plant are commonly called cilantro, which comes from the Spanish word for coriander, or Chinese parsley, the roots also appear in culinary use as a pungent addition to Thai curries. Coriander grows as a native plant around the world, including Europe, Asia, Africa and in the Americas.

The plant produces a slender hollow stem 1 to 2.5 inches high with fragrant bipinnate leaves. The small flowers are pink or whitish and are borne in umbel clusters. The fruit is a small dry schizocarp consisting of two semiglobular fruits joined on the commisural, or inner, sides, giving the appearance of a single, smooth, nearly globular fruit about 0.2 inch in diameter. The yellowish brown fruits have a mild fragrance and has a taste similar to a combination of lemon peel and sage.

Coriander seeds have a pleasing lemony flavor and floral aroma. The flavor goes very well with cumin and many recipes include equal amounts of the spices together. The plant’s leaves and ripened seeds taste different and they cannot be replaced for each other. Fresh cilantro tastes pungent, and to some people, it tastes soapy.

How is cilantro cooked?

The whole seeds are sometimes used in pickling and brining. Coriander seeds are usually toasted and ground before used; otherwise, they can have a hard texture to chew. Ground coriander is used as a spice in dishes like curry and baked goods. Dry roast them in a pan or in the oven at a low temperature, then use a spice grinder to produce the ground coriander.

PS: If you need more info regarding plants and its benefits, don’t hesitate to leave me a message here or on my Facebook

Curious about my products? Take a Free Tour 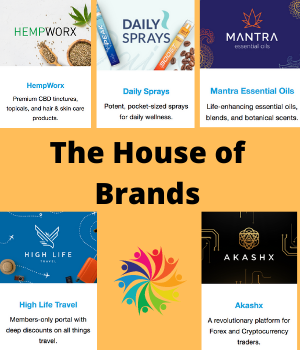 Are you looking for something?